By using our handy twitch viewer bot webpanel, you can determine yourself how many viewers you want your stream to have. Dispatch as many viewers to your channel as you'd like, as often as you want. Furthermore, we don't limit the amount of different Twitch channels you can bot, unlike other providers.

Some users have correctly pointed out that too many of our Twitch chatbot usernames can be put into the same category. We have thus greatly expanded upon this and made sure that there's a greater diversity in the usernames. 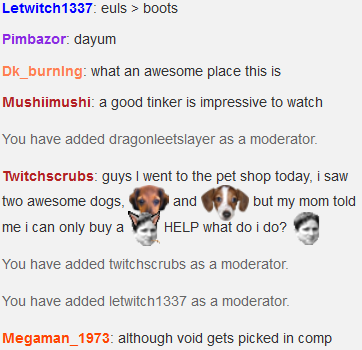